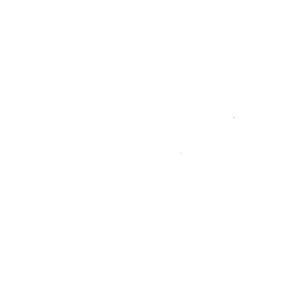 The consultation started on 1 August 2012. There was a press release on the 31 July 2012 explaining that South Cambridgeshire District Council would be commencing its consultation on how it would manage the Central Government cut to its funding and that this would start on the 1 August 2012.

Vacant properties (those which are unoccupied and unfurnished)

Since the introduction of the Council Tax system in 1993 a dwelling which is classed as vacant (referred to as Class C) has been entitled to a maximum 6-month exemption period from the date it became both unoccupied and unfurnished.

From the 1 April 2013 there will be no 6-month exemption period and the full charge will be due from the date that the property is both unoccupied and unfurnished. This includes properties which have 'void' periods between tenants.

We have also taken the decision to withdraw the 10% discount in respect of furnished second homes (properties which are furnished but no-one's main home) with effect from the 1 April 2013 and the charge will therefore be at the full rate from that date.

We also considered withdrawing the 12-month exemption on dwellings undergoing major repair work or structural alteration. The decision was to retain this 100% discount for the coming financial year and has been in place since then.

Councils also have the option to charge an additional premium on long term empty properties. These are properties that have been both unoccupied and substantially unfurnished for a period of 2 years or more.

With effect from 1 April 2013, the decision was taken to set such a premium. This means that from that date, any property which had been empty and unfurnished for 2 years would incur an additional premium of 50% on top of the existing Council Tax.

With effect from 1 April 2019, the 50% premium was replaced by the following arrangements:

Once a property becomes a long term empty property, we are unable to award a discount if it is undergoing structural alterations or in need of major repair works to render it habitable. The Council Tax will be charged at the empty homes premium rate detailed above.

In addition, should a property which has been unoccupied and unfurnished for less than 2 years be awarded the discount (if it is undergoing structural alterations or in need of major repair works to render it habitable), this discount will end once the property meets the criteria of a long term empty property. (The maximum time this discount can be awarded is 12 months, but this period will end before 12 months should the property reach the time limit of 2 years being unoccupied and unfurnished). In this case the Council Tax will be charged at the empty homes premium rate detailed above.