Richard Williams has been elected as the new Councillor for the Whittlesford ward on South Cambridgeshire District Council.

Results of the election

A by-election for the Cambridgeshire County Council’s Duxford division was also held on the same day. Peter McDonald (Liberal Democrat) was elected.

More information about elections can be found in the elections area of our website. 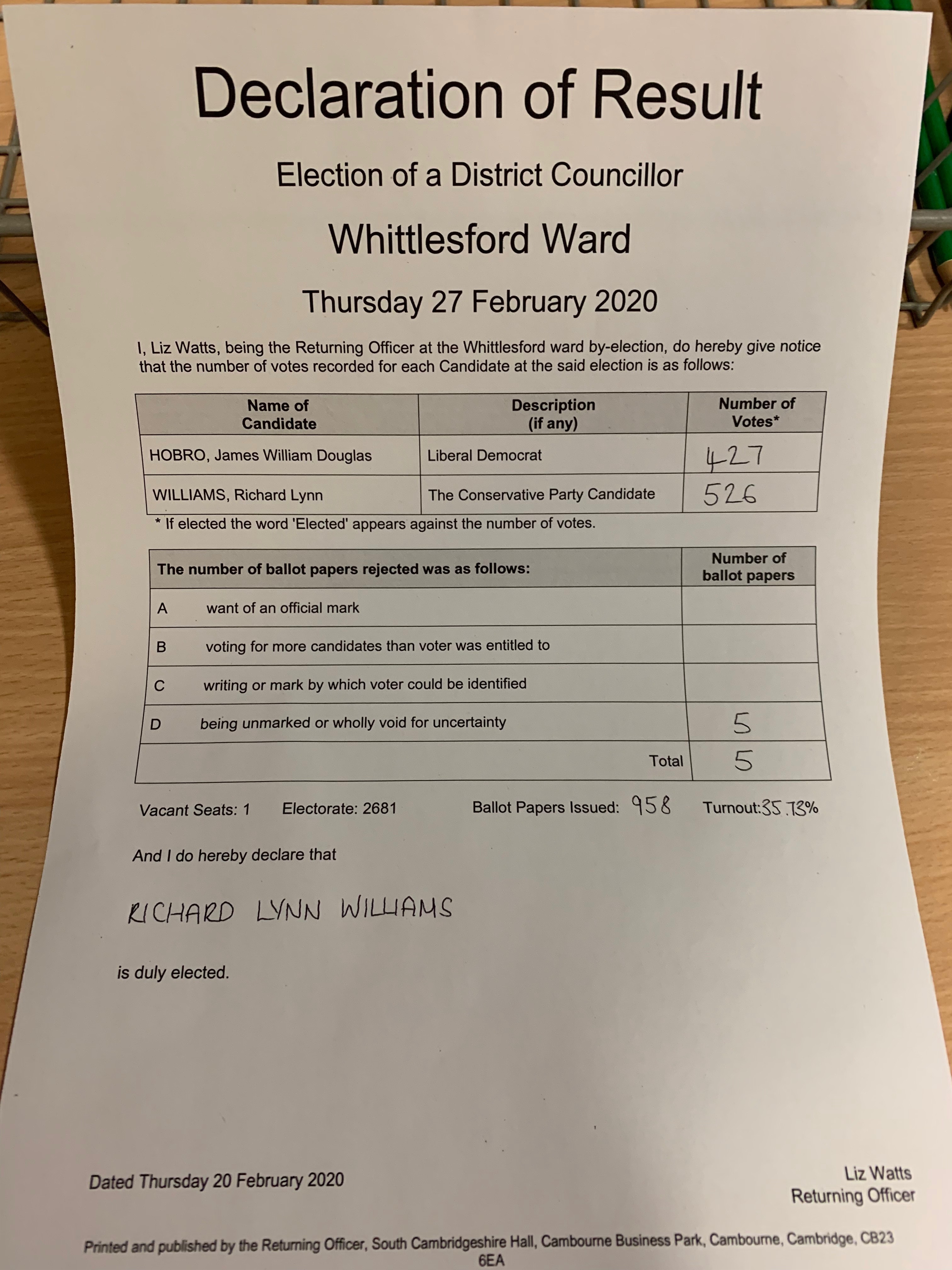