Cambridge City and South Cambridgeshire District Council are supporting the second annual Food Waste Action Week this week. Around a quarter of the waste the councils collect in black bins is food that could have been eaten if it had been used in time.

Raising awareness of the huge impact of household food waste on climate change, the week is also about sharing practical advice, food savvy behaviours and tips on how we can all easily reduce the food we waste in our homes.

We throw away 6.6 million tonnes of household food waste a year in the UK. This food waste is responsible for nearly 25 million tonnes of CO2 emissions, equivalent to 5.4% of the UK’s territorial emissions. The majority, 4.5 million tonnes is food that could have been eaten and is worth approximately £14 billion (or £60 a month an average family with two children). It requires an area almost the size of Wales to produce all the food and drink currently wasted in the UK.

The figure of 16,500 tonnes of food thrown away annually in Greater Cambridge comes from a 2021 Waste Composition Analysis carried out by the RECAP partnership. This figure is based on the proportion of the representative samples collected from Cambridge and South Cambridgeshire black (refuse) bins and green (organic waste) bins that was made up of avoidable food waste. Avoidable food waste excludes waste such as onion skins, egg shells etc that is not edible, and only includes foods which could have been eaten if they were used in time.

Cllr Rosy Moore, Executive Councillor for Climate Change, Environment and City Centre for Cambridge City Council said: “We know our residents are concerned about climate change, and it’s really important that we get the message out there that throwing food away is also a huge waste of the energy that goes into growing, harvesting and transporting it, which contributes to greenhouse gas emissions. In our area we throw away a shocking 16,500 tonnes of food that could have been eaten every year.” 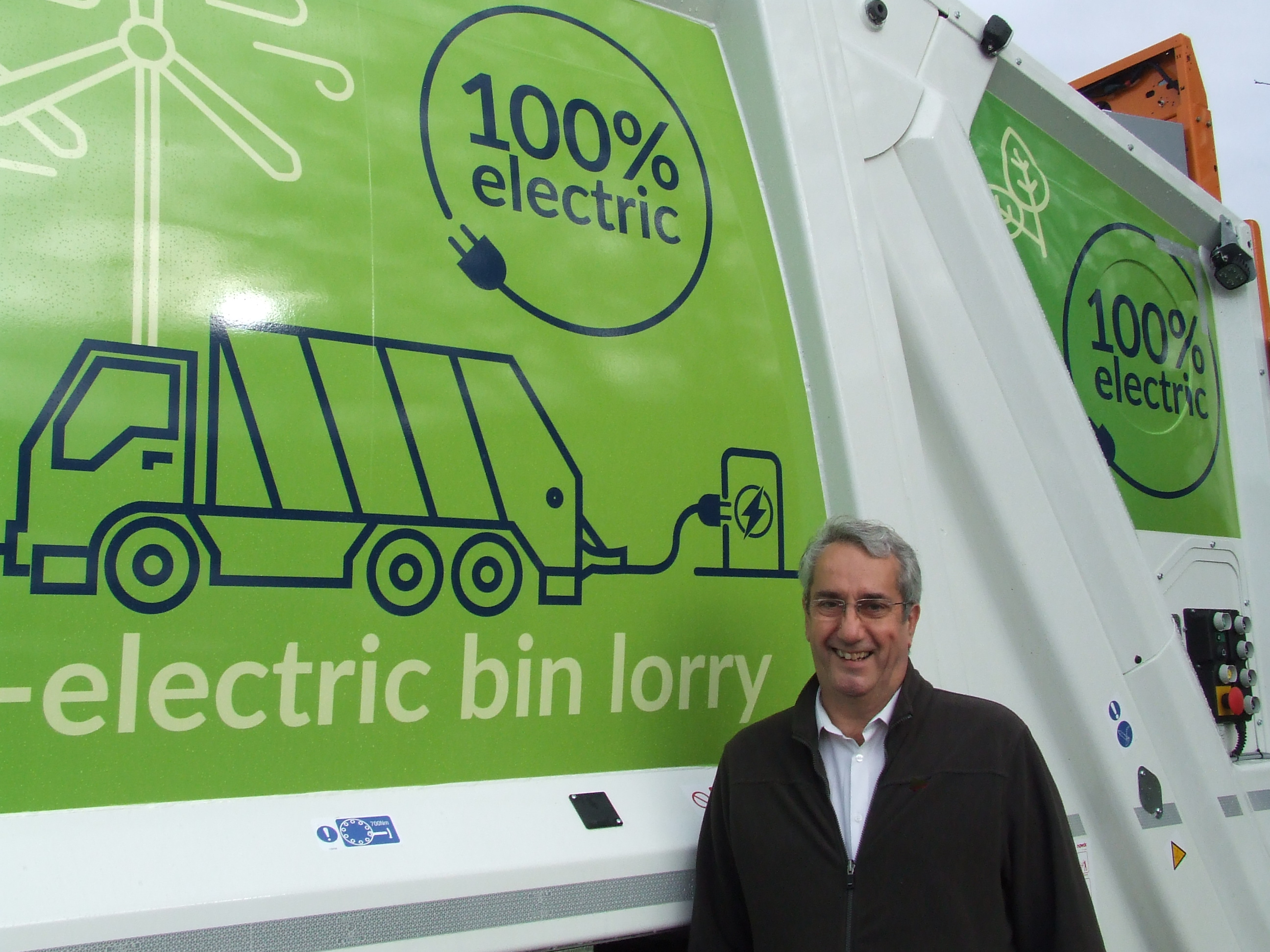 Cllr Brian Milnes (pictured - left), Lead Cabinet Member for Environmental Services and Licensing for South Cambridgeshire District Council said: “Just by forging some new habits like freezing before the Use-By date, cooling and reheating leftovers safely so we can use them up, and working together, we can prevent food being wasted needlessly and protect the planet – and save money.”

Love Food Hate Waste runs an annual survey of people’s habits and knowledge around food waste. This highlighted that 81% of UK citizens are concerned about climate change, but only 32% see a clear link with food waste. The survey helped to inform the theme of the Week and the development of materials to motivate people to act. This year, Love Food Hate Waste found that the public’s relationship with its freezers has become particularly frosty with many people not knowing how to safely freeze and defrost their food.

Sarah Clayton from Love Food Hate Waste says, “Getting to grips with freezing and defrosting are big factors in preventing food from going to waste at home. At a time of rising food prices alongside huge public concern about climate change, tackling food waste at home is one way we can all make a difference and save money. For the average family with children, the cost of binning food can be more than £700 per year. So, Food Waste Action Week is all about being savvy in how we store and then use our food.”

Love Food Hate Waste is keen to show that used properly, the freezer is the king of the kitchen. In fact, freezing and defrosting just three key meat items that are commonly not used in time (fresh chicken, bacon, and sausages) could reduce waste of those items by as much as 15,000 tonnes per year. And, when it comes to defrosting, busy households can avoid a lengthy overnight defrost by using their microwave instead – as people use a toaster to defrost sliced bread from the freezer.