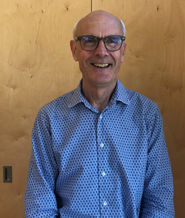 The Council is saddened to hear about the passing of Cllr Dr John Loveluck, one of our Members for Cottenham ward.

Cllr Dr Loveluck was elected to the District Council in May 2022 and represented the parishes of Cottenham and Rampton. He served on the Council's Climate and Environment Advisory Committee, Licensing Committee and Scrutiny and Overview Committee.

The Leader of South Cambridgeshire District Council, Cllr Bridget Smith, said: “Dr. John Loveluck was an outstanding man whose passion and commitment to his community and residents was second to none. His sharp mind, values and compassion for all were evident in all that he did during his short time as a councillor. The District Council will be immensely poorer for John’s absence. Our thoughts are with John’s family at this time. John had recently retired from his work, enabling him to focus his time on family and his work as a councillor. His loss is a tragedy to everyone who knew him.”

The Chief Executive of South Cambridgeshire District Council, Liz Watts, added "It is rare for a new councillor to have the sort of impact that John had in such a short space of time. He was robust and persistent, determined to make things better for his residents and the district as a whole, in a way that was thoroughly engaging and supportive of officers. He will be greatly missed by all of us."