The 25-year wait to bring an exhibition class ice rink to Cambridge will finally conclude on Bank Holiday Monday (26 August) when the Cambridge Ice Arena opens for the first time to the public.

Eager customers will enjoy free admittance during an Open Day that will allow the first skaters to take to the ice.

Tickets must be booked in advance on the Better website.

The £5.5m facility on Newmarket Road will not only provide a regular recreational skating programme to the public but also be the home to the Cambridge University Ice Hockey Team who during the 20 game season will be able to play at home for the first time.

Work on the ice rink began back in November 2017 but was temporarily halted - not by winter weather but the discovery of 194 grenades dating from WW2. 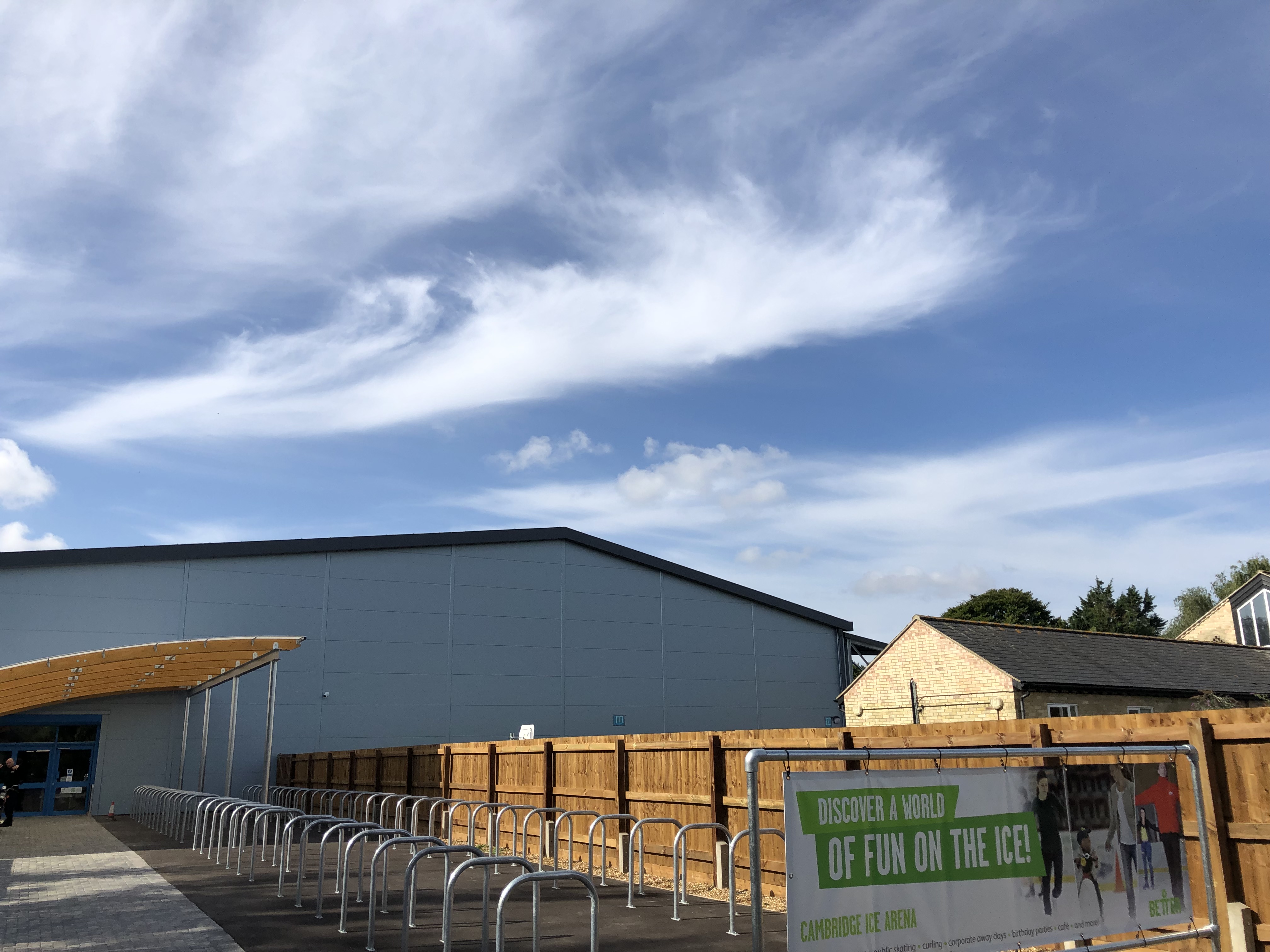 The project was inspired by Cambridge Chemistry undergraduate David Gattiker of Christ’s College (1929-1931) – who was also captain of the University Hockey Team.

His £1m bequest on his death in 1993, donations from other alumni and £2.4m loan funding from South Cambridgeshire District Council, enabled the project to get off the drawing board following the gift of the land from the Marshall family.

The project meets the Council’s goal to deliver a high-quality community sports venue that will benefit the health and wellbeing of all residents and also compliments the other facilities in Cambridge that GLL run.

Cambridge Leisure and Ice Arena (CLIC) have been the driving force over the last 25 years to make the ice rink a reality.

GLL – the largest leisure and cultural social enterprise in the UK – will operate the venue under its ‘Better’ brand on a 26-year lease. The unique attraction will benefit from GLL’s ‘community ethos’ meaning affordability, accessibility and a family-friendly approach will characterise the operation of the venue.

GLL Partnership Manager Daryl Emes said: "We are looking forward to welcoming the public at our Open Day on Bank Holiday Monday 26 August.

"Customers and staff have been eagerly awaiting the announcement of this date.  And the wait is definitely worth it.  With a competition class ice rink, a community skating programme and first class spectator facilities, it’s going to soon become a destination attraction for ice hockey players and fans, skaters and families across the region." 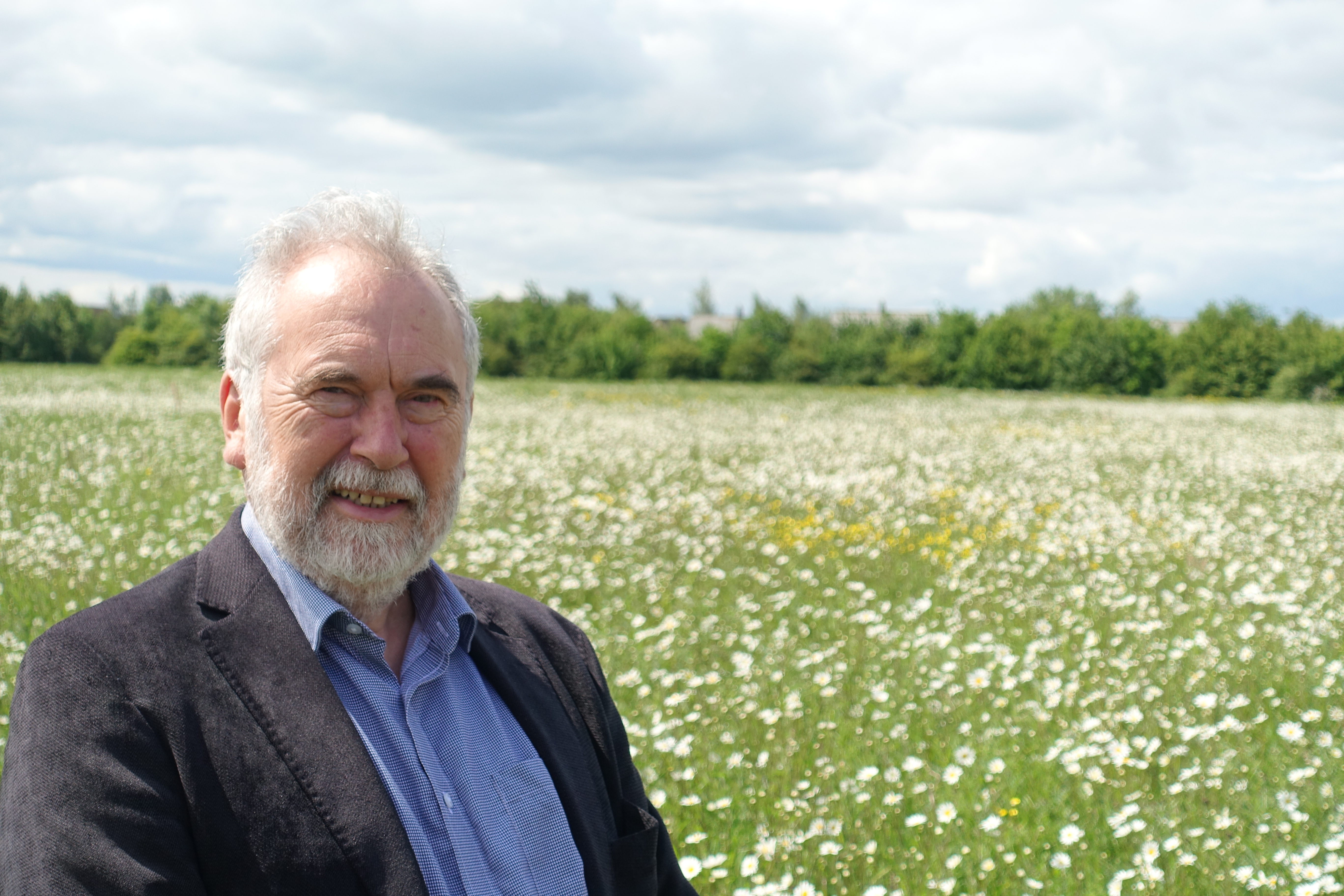 South Cambridgeshire District Council’s Lead Cabinet Member for Finance, Cllr John Williams (pictured - above), said: "It’s fantastic that this new facility is almost open and available for people of all ages from across South Cambridgeshire to take advantage of.

"We hope that the rink will be a fantastic facility that our residents can enjoy for many years. We’re pleased to have invested in this community-focussed building and hope it benefits the health and wellbeing of residents well into the future.

"The loan we are providing is generating a small return which we will re-invest into providing vital services for residents, but the primary reason for our involvement in this project is the benefits it will bring to the community."

Cambridge University’s Director of Sport Nick Brooking said:"The University is delighted to have been able to help turn the initial legacy from David Gattiker into what will be a vibrant sporting facility for the whole community.

"The opening should recognise and celebrate the extraordinary commitment of Professor Bill Harris and the numerous other people who have worked so hard over a number of years to bring this project to fruition.

"The arena will provide a long desired home venue for the University ice hockey teams but will also be a place for everyone to enjoy whether they are complete beginners or experienced skaters." 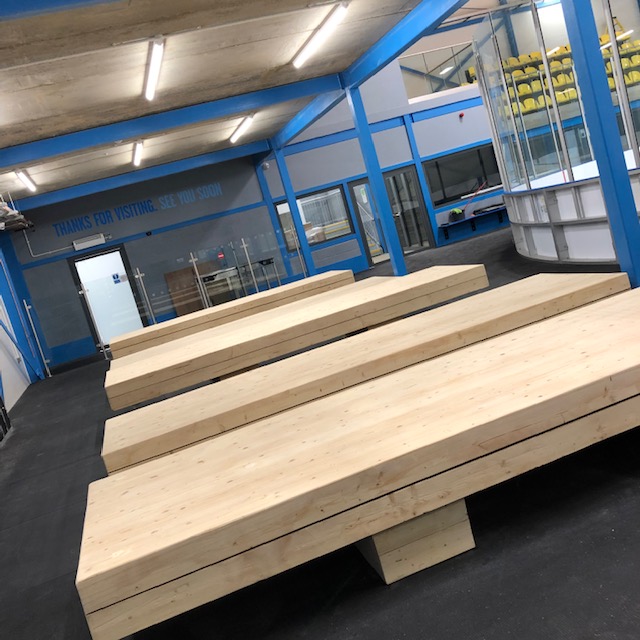 Chair of Cambridge Leisure and Ice Arena (CLIC) and head coach of the Cambridge University Ice-Hockey teams, Professor Bill Harris said: "I am so happy that we finally got there, that we were able to turn David Gattiker’s dream into this fantastic facility.  I think it the best insulated, most energy efficient ice-rink in Europe.

"It will home-ice for the Cambridge University Ice-Hockey Club.  Hopefully the team will attract some local supporters to some of its exciting games against other UK University teams.

"But the facility is really for the community and I am just so proud that CLIC and many others who helped us over the years, including Marshalls, South Cambridgeshire District Council, Cool Venues and GLL, can now deliver what is probably the best ice in the UK to the people of Cambridge."

Jim Kay of Cool Venues, who developed the scheme said: "The wait was worth it! The world-class ice sits gleaming in one of the most environmentally sustainable rinks in Europe, if not beyond.

"Many people contributed to creating this new, exciting venue for the people of Cambridge and the region. Land owner Marshall, the loan from South Cambridgeshire District Council and the generous donations from the University's alumni combined to make it possible.

"So whether it's the new home for Cambridge University' ice hockey team, figure skating, curling or public skating there'll be something for everyone and of all abilities.

"Cool Venues wishes GLL every success with the Cambridge Ice Arena in the decades to come." 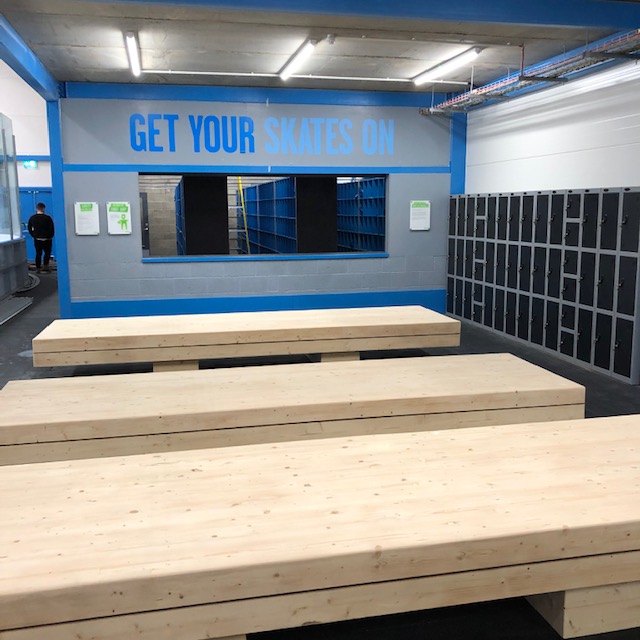 When up and running, the Cambridge Ice Arena will be able to accommodate up to 400 children on learn to skate programmes and welcome 100,000 visits a year. Facilities include public skating, ice hockey, curling, figure skating, a café and areas can be booked for birthday parties.

The arena is good news for local employment too, with 25 jobs being created across skate coaches, catering and recreational team staff.

28 September sees the ‘Official Opening’ of the arena at a Cambridge University alumni gala dinner where an exhibition hockey match will be played.