A ‘save the swifts’ task force is spearheading a revival of the endangered bird in South Cambridgeshire – working closely with residents, community groups and the District Council.

The Over and Swavesey Swift Conservation Project 2020 has installed more than 120 nest boxes under the eaves or behind the brickwork of homes, offices, a primary school and a Memorial Hall with a £5,000 grant from South Cambridgeshire District Council. The majority are state-of-the-art swift boxes that sit on the outside of buildings but eight are innovative S Bricks, resembling traditional bricks with hidden nesting spaces behind, that can be built into new properties, or retrofitted into existing walls.

The District Council is looking at the feasibility of incorporating nesting sites into the designs of future public buildings at Northstowe, including a sports pavilion, community centre and civic hub. Plus, it plans to include them in as many of its 5,300 Council homes as possible as part of a rolling refurbishment programme, and welcomes requests from Council tenants wanting to install their own boxes. 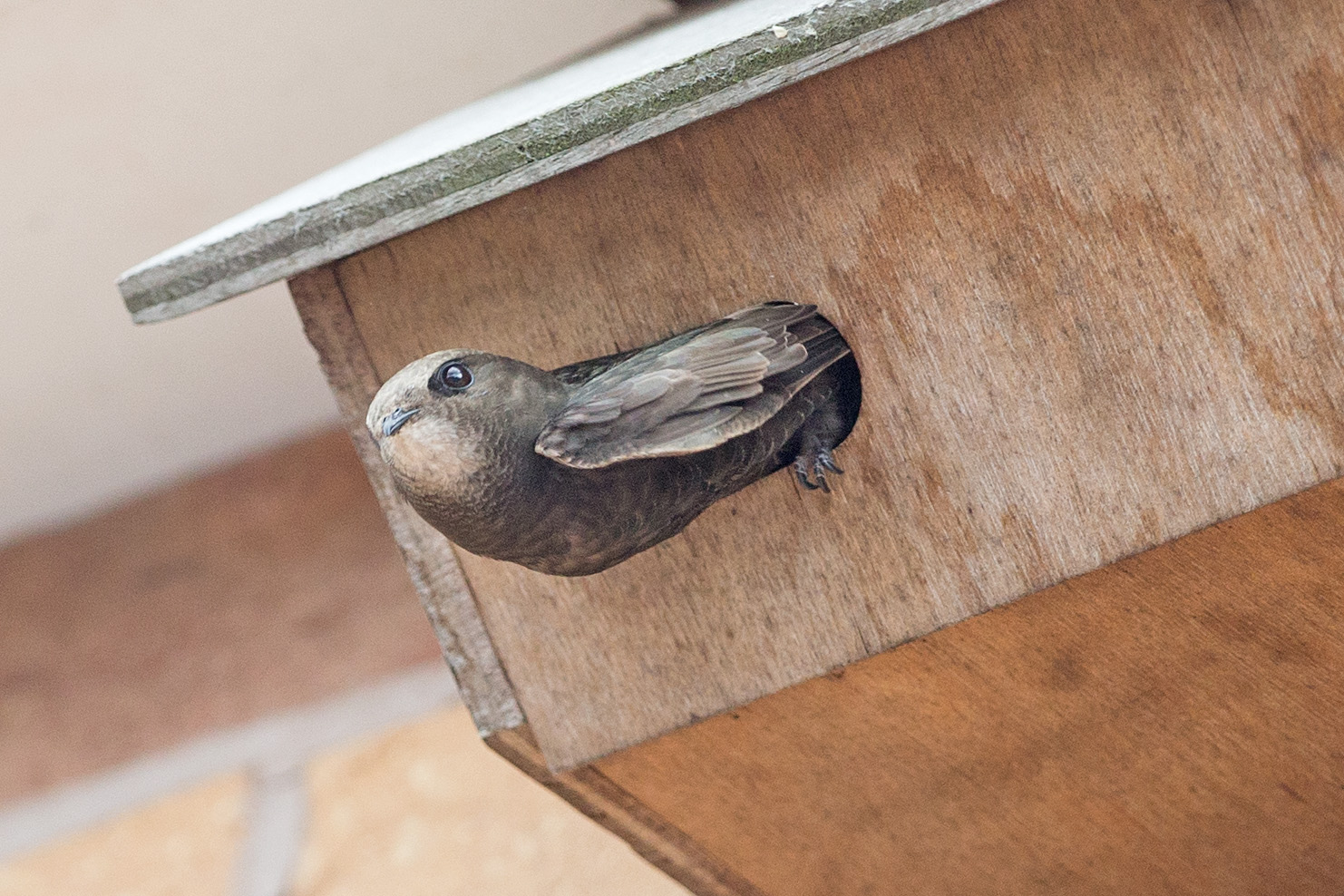 The conservation group’s work in partnership with Action For Swifts is a significant step towards increasing local swift numbers, which have plummeted in the UK by more than half in just 20 years as nesting spaces in refurbished buildings are lost, according to the RSPB. Over and Swavesey are favoured nesting sites for the migratory birds that make the 6,000-mile journey back from Africa in late April / early May each year, due to the rich source of insects at their lakes and pools.

Over Parish Cllr Helen Pletts, who leads the conservation project, said significant progress had been made despite lockdown thanks to extensive support from local groups in making and installing swift homes. These include Action for Swifts at Landbeach – it was the group's Dick Newell who designed all the swift boxes – traditional box builder John Stimpson at Ely, Phil Cohen, Greg Veit and Chris from Swavesey community workshop group Sheddit, Swavesey Scouts, local firms, and residents. Swavesey Parish Council clerk Linda Miller co-ordinated initiatives in the village.

“Our project has brought communities together and enhanced people’s mental wellbeing,” said Cllr Pletts. “So many residents enjoy seeing these birds return to our villages each year. It’s given them a real interest, particularly during lockdown, and we shouldn’t underestimate the power of that. It has been an impressive collaborative effort, taking care to ensure that social distancing rules are observed, and we are delighted that the swifts have new homes to welcome them. We hope to see their populations rise and to inspire others with the potential to take up the baton to help save these amazing birds.” 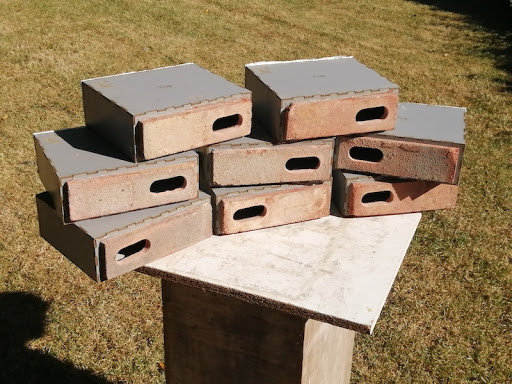 She added: “We are particularly grateful to the District Council for enabling us to launch the project with a Wildlife Enhancement Scheme grant, and in agreeing to include nesting sites in their own properties.” Cllr Pletts is also encouraging developers to incorporate the S Brick into the design of all future homes, including at Northstowe and Cambourne, and is keen to hear from residents interested in having a box installed at their own property.

Over Primary School has a large swift box that was specially designed and built by Dick Newell, with wooden pieces supplied by Greg Veit. The box includes space for a webcam to enable pupils to follow the progress of any resident swifts in the future.

Action for Swifts and Sheddit also tailored S Bricks for installation at Century House offices in Swavesey, where swifts had nested for years but had more recently been found trapped in the refurbished roof space. At Swavesey Memorial Hall they added discreet nesting chambers on the front gable without compromising the appearance of the century-old building. Nearby resident Abi Edwards was able to closely observe the swifts in action from her home in order to identify the best positions for the boxes without disrupting existing nests.

Meanwhile, Swavesey-based filmmaker Michael Swain is making a short documentary about the community project for his Cambridge World TV channel on YouTube.

South Cambridgeshire District Council’s Lead Cabinet Member for Housing, Cllr Hazel Smith (pictured - above), said: “We are delighted to support collaborative projects such as this, which has brought many people together for such a worthy purpose, particularly at a time when a sense of community is more important than ever. We are also committed to making the Council’s properties as swift-friendly as possible as part of our green focus for the district and we look forward to seeing more of these distinctive birds in our skies for many years to come.”

The Council is updating its Wildlife Enhancement Scheme, which provided the £5,000 grant for the project, and will advise residents and local groups when it relaunches.

Top of page: A swift on the wing - Roger Wyatt