The shared planning service for Cambridge City and South Cambridgeshire has published early proposals for a new low-carbon city district near Cambridge North station, including 8,000 new homes and 20,000 new jobs along with shops, restaurants, and community and cultural facilities. The draft proposals are being considered by councillors ahead of full public consultation later in the summer. 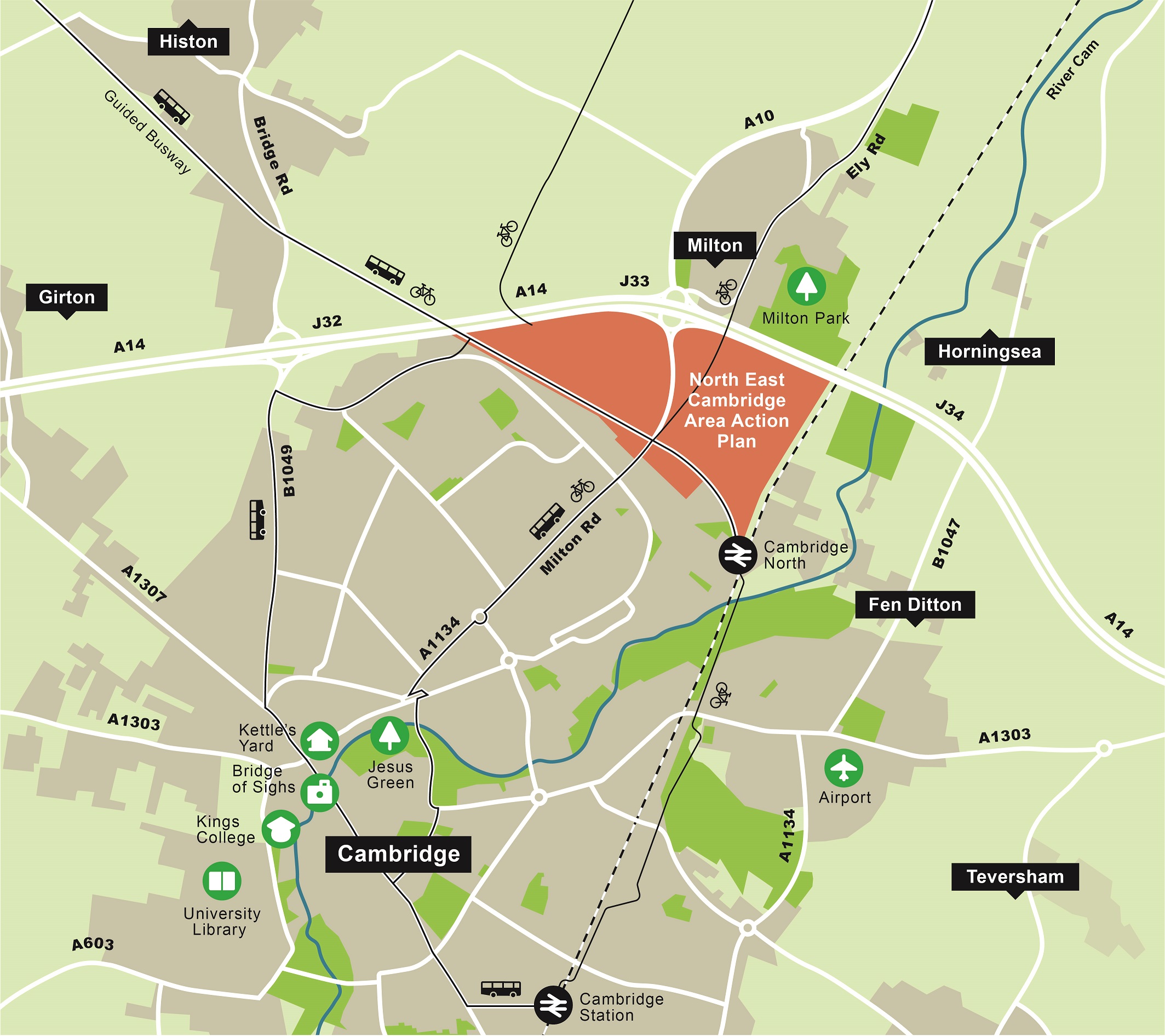 The new district will be created on a 180-hectare brownfield site close to the A14 at the Milton Junction, just a 15-minute cycle ride from the city centre. The draft North East Cambridge Area Action Plan – a planning framework that will guide how development is designed and built – is being published after several years’ work with communities and partners by the Greater Cambridge Shared Planning Service (a partnership between South Cambridgeshire District and Cambridge City councils). It incorporates ambitious aspirations for the new area including:

Deputy Leader of South Cambridgeshire District Council and Lead Cabinet Member for Strategic Planning and Transport, Cllr Aidan Van de Weyer, said: “We’ll publicise the draft Area Action Plan in July and will want to hear everyone’s views on how we have translated the feedback and research over the past five years into these more specific plans and policies for how the new district should look. This is a really exciting opportunity for us to lead the way and show others how, through planning policy, we can create new districts that prioritise community cohesion and enable a zero-carbon way of life.”

Cllr Katie Thornburrow, Executive Councillor for Planning Policy and Open Spaces at Cambridge City Council, said: “This new district crosses the administrative boundaries of Cambridge City and South Cambridgeshire District Councils, and it’s going to be fascinating to see how this ‘border’ district will be able to bring people together. The brownfield site being so close to existing transport links offers a unique chance for us to provide much-needed homes close to where people’s jobs will be, without adding more car traffic; and we’re committed to development that responds to the climate and biodiversity emergencies by including challenging targets on energy use, water conservation and car use right from the outset.”

People can read the draft Area Action Plan on the Council's website.