Visit our Coronavirus page for the latest advice, including: impacted services, support for residents and businesses and contacting us if you need help or know someone that does.

We agreed to set up a Blue Plaque scheme for South Cambridgeshire in 2018, to honour the most famous people or events associated with the district. It is being run in conjunction with the local charity Cambridge Past, Present and Future which already oversees the scheme in the city.

The people and events that can be commemorated have made a significant impact on life in the district, the country or the world. Plaques are associated with a specific building or location within the South Cambridgeshire boundary.

The Cambridge Blue Plaques website shows the plaques’ locations and has information about the people and events that are celebrated. This will be updated to include plaques across South Cambridgeshire as they are installed.

How to nominate a person or event for a Blue Plaque

For details about how to nominate a person or event for commemoration, visit the website of Cambridge Past, Present and Future. They are running the scheme in South Cambridgeshire, mostly through the efforts of volunteers.

The Council is represented on the local Blue Plaque Committee, which assesses nominations and decides whether a plaque is to be put up. The Committee also includes local historians and representatives from Cambridge Past, Present and Future.

The first Blue Plaque in South Cambridgeshire was unveiled at Girton College on Sunday 30 June 2019.

The plaque honours its two principal founders, Emily Davies and Barbara Bodichon. These pioneering women believed that higher education should be accessible to women on the same terms and to the same level as men, and because of their vision, determination and hard work Girton was founded as the first residential college for degree level instruction and examination of women in the UK. 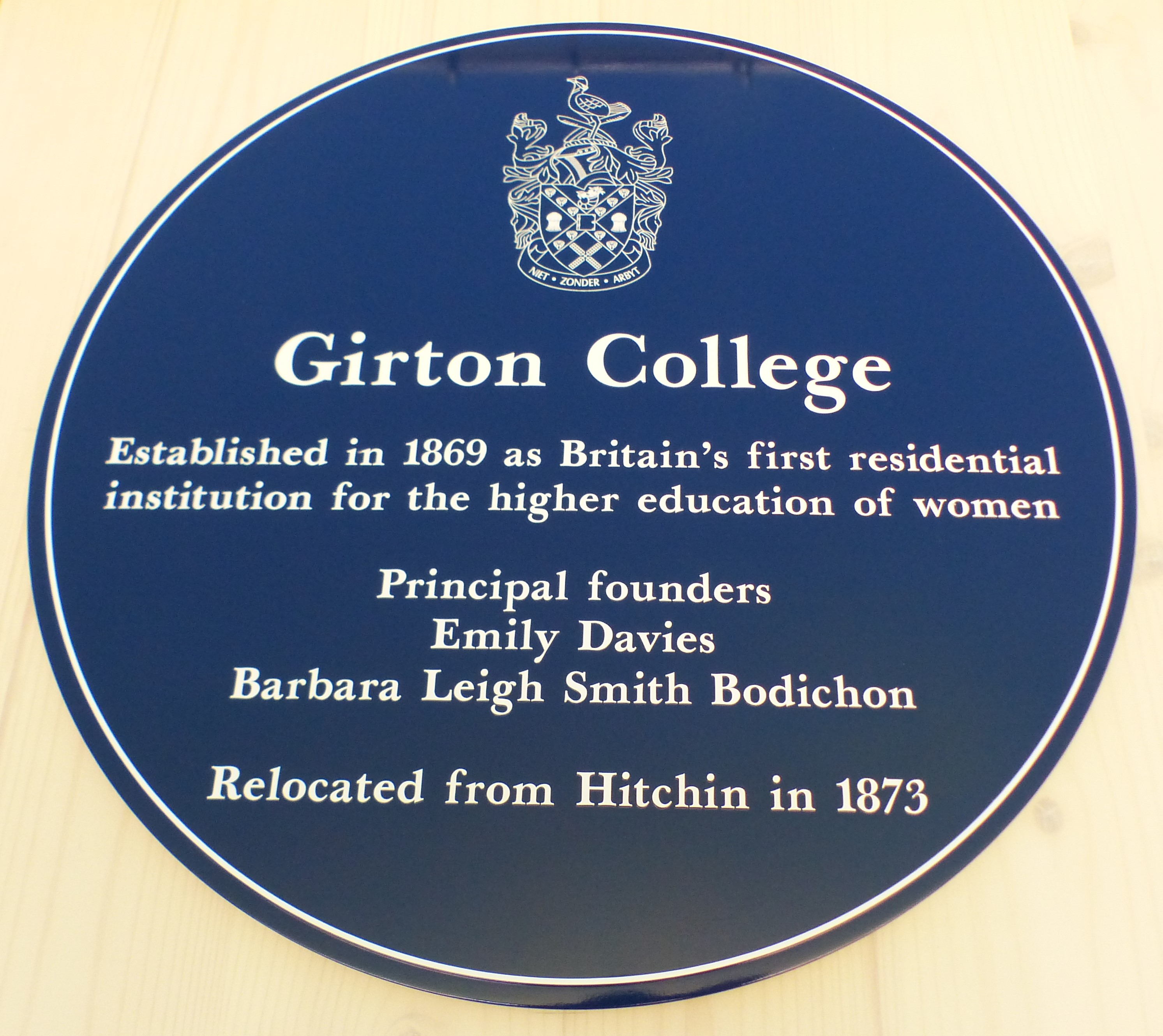 Bin collections during Easter and Early May Bank Holiday