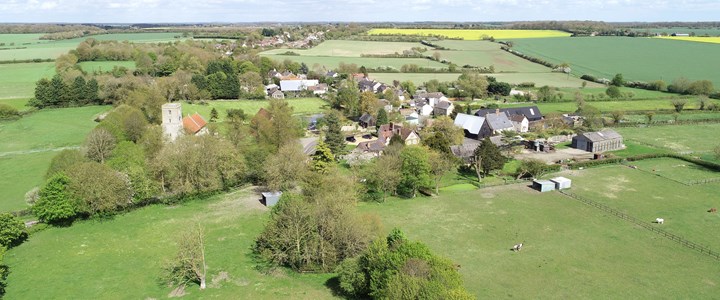 A new Neighbourhood Plan for West Wickham, drawn up by members of the community, has been formally adopted. The plan sets out how residents want to shape future development in the area – while also working to protect the local environment.

Above image: An aerial view of the village of West Wickham. With thanks to West Wickham Parish Council and Skylar Media Ltd.

Last month (August) a referendum was held to ask residents if they wanted the West Wickham Neighbourhood Plan to be taken into account when planning applications in the local area are decided. Almost 92% of those who voted were in favour of this.

Today (Thursday 22 September) the Neighbourhood Plan was formally adopted or ‘made’ by South Cambridgeshire District Council. It means it is now an important consideration in determining planning applications in the neighbourhood area. The plan aims to help secure new smaller and affordable homes. It also supports bringing forward new community facilities. It sets out the local built environment characteristics that should be reflected in any new development and also identifies important open spaces and frontages in the parish to be protected.

Neighbourhood Plans can help communities influence development and protect biodiversity as part of the nature recovery network across Greater Cambridge, contributing towards the ambition to double the amount of land managed for nature in the area. They can identify areas for development and areas for protection and have the same status as Local Plans.

The West Wickham Neighbourhood Plan aims to enhance the lives of current and future residents by protecting the rural character of the Parish of West Wickham, the balance of built, agricultural and natural landscapes, its diverse wildlife, and its tranquillity. The Neighbourhood Plan has two objectives that underpin the vision that was identified by the Parish. The first aims to protect the valued characteristics of West Wickham through locally targeted policies. The second objective aims to maintain a diverse and thriving community with policies that support and bring forwards improvements in community facilities, and that deliver a housing mix that meets the needs of local people.

A particular policy specific to the West Wickham Parish is one that relates to the landscape at night. It states development proposals which include external lighting will only be permitted if the night sky is protected from light pollution. This is to allow new development to be in keeping with the unlit nature of the village and to protect nocturnal wildlife. 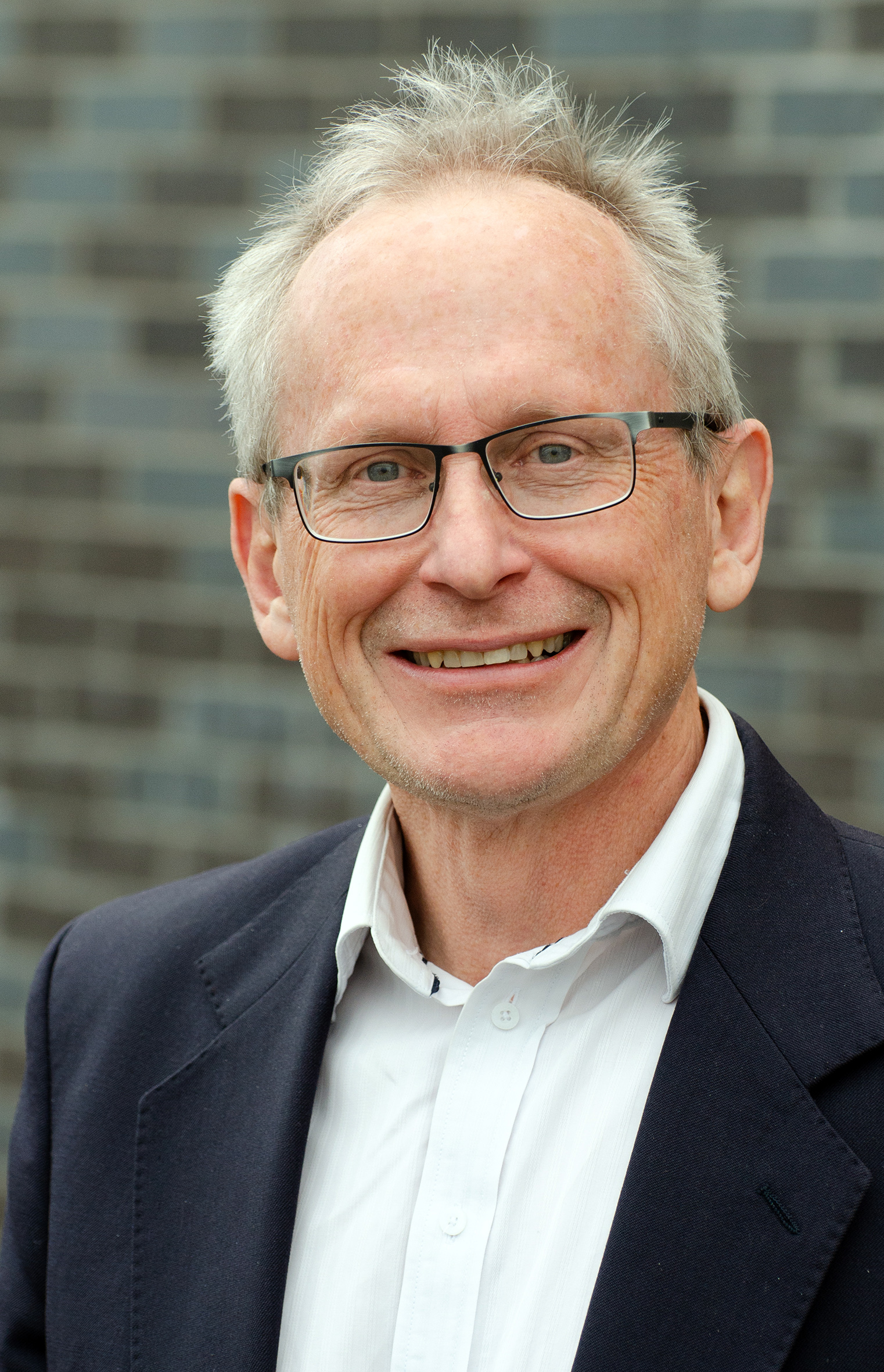 District Councillor for West Wickham, Cllr Geoff Harvey, said: “The level of detailed work required over several years has needed real commitment. Supported by the Parish Council, those involved in the Working Group especially have made a huge contribution to the future of the village. Over 90% of residents who voted supported the resulting plan in the Referendum and the making of the West Wickham Neighbourhood Plan today is something of which the whole community can be proud.” 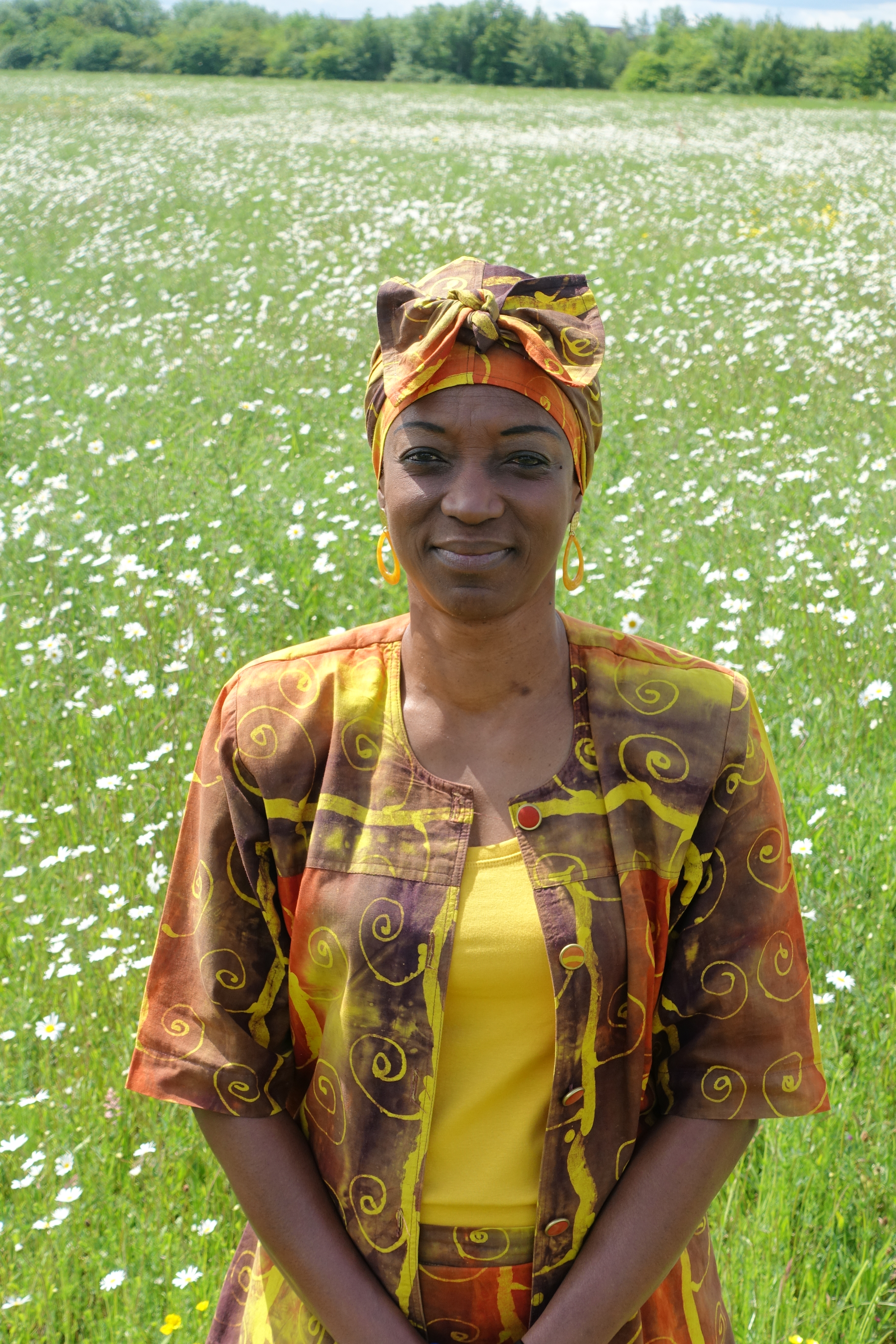 South Cambridgeshire District Council’s Lead Cabinet Member for Planning, Cllr Dr. Tumi Hawkins, said: “A significant amount of time and effort has been put into the creation of this Neighbourhood Plan, by residents and the parish council. Their commitment has been supported throughout with guidance and advice by officers from Greater Cambridge Shared Planning, and my congratulations go to everyone who has been involved in this important piece of work. This will be a valuable tool in shaping sensitive development in West Wickham for years to come. It will help safeguard the distinctive features of the village, protect natural habitats, and look to bring forward more homes for young people who want to live locally as they grow up.”

Greater Cambridge Shared Planning, a partnership between Cambridge City and South Cambridgeshire District councils, has specialist planning officers supporting the preparation of Neighbourhood Plans across the area as well as guidance material online for those thinking about preparing a plan for their community. Whilst West Wickham’s plan joins adopted plans from Waterbeach, Foxton, Cottenham, Histon and Impington and the Former Land Settlement Association Estate at Great Abington, Greater Cambridge Shared Planning continues to support work to prepare 16 Neighbourhood Plans for other areas.