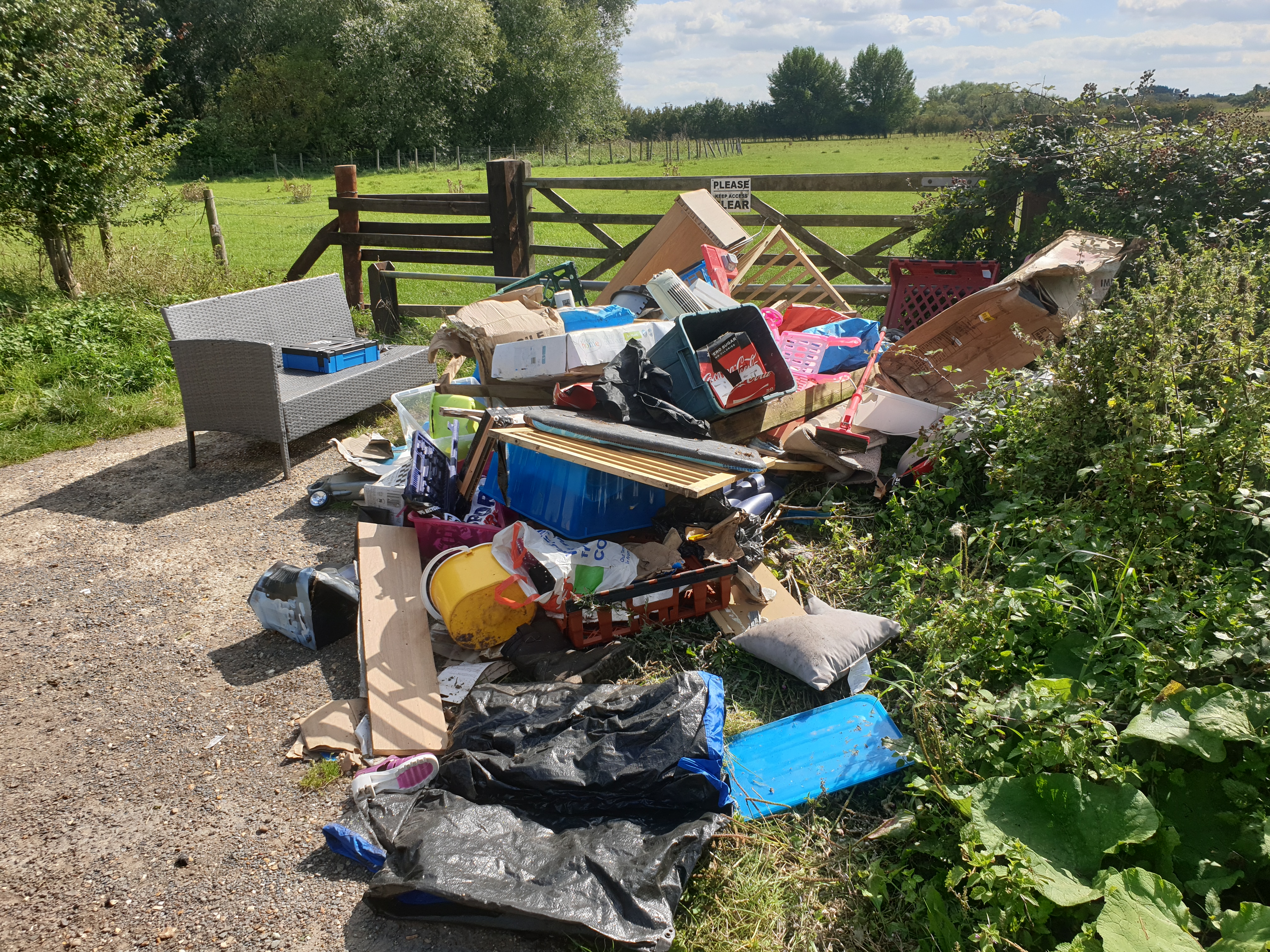 A man has been fined £240 after his address was found amongst a large fly-tip in the Duxford countryside which was reported via Twitter.

Residents in Duxford used the social networking site to send South Cambridgeshire District Council images of the fly-tip - which included home and garden furniture, plastic boxes, cushions and electrical equipment – during the 31 August Bank Holiday Monday. The fly-tip had attracted multiple reports to the Council due to its size.

By just after 9am the following day, the Council’s Environmental Health Enforcement Officer had started an investigation, visiting the site at Hinxton Ford later that morning. The fly-tip was also removed as it was on public land.

Amongst the household waste was an address in Cambridge. By Wednesday 2 September enquiries had confirmed the resident named on the correspondence remained at the address and a Fixed Penalty Notice was issued. This was issued under the ‘duty of care’ regulations which set out the responsibilities people have when disposing of waste – namely, ensuring it does not harm the environment.

The Cambridge resident appealed against the £240 fine but was not able to account for how rubbish with their name on ended up in the middle of a large fly-tip in the countryside. The appeal was therefore rejected, and the fine was paid.

Each householder has a legal responsibility to ensure that if they have waste taken away by a contractor, that person has the correct licences to carry waste. This means residents can be sure their waste will end-up an authorised disposal site. The Environment Agency has a list of legitimate waste carriers on their website. This should always be checked, before allowing waste to be taken away, to ensure they are a licensed waste carrier. South Cambridgeshire District Council’s Lead Cabinet Member for Environmental Services and Licensing, Cllr Brian Milnes (pictured - left), said: “We hate fly-tipping as much as our communities do. We will always try and track down whoever dumps waste in the countryside and that is exactly what we have done here. My personal thanks to those residents who report fly-tipping – they appreciate that we all have a shared responsibility to look after our District. Once again our Environmental Health team have responded immediately to intelligence. As ever, small numbers of people can create disproportionate problems. Please, dispose of your waste responsibly and report fly-tipping you come across to us so we can investigate.”

Cllr Peter McDonald, Local Member for Duxford ward, added: “Residents have been plagued with fly-tipping and this is an example of the Council responding promptly and appropriately. Thank you to Officers.”

If your waste is fly tipped by you or by someone else on your behalf, you could face a fixed penalty notice of up to £400. If you leave items beside street bins and recycling banks, on the floor of communal bin areas or outside closed recycling centres and charity shops, this is all fly-tipping.

Everyone has a legal 'duty of care' to ensure their household or business waste is disposed of correctly. You can be prosecuted even if your waste is fly-tipped by someone else on your behalf. Always use a registered waste carrier, which you can verify on the Environment Agency website, to provide a skip or collect your rubbish so you can be confident that it will not end up dumped.

If you witness someone fly-tipping, call the police on 999 and report it as an environmental crime in progress. Report fly-tipping that you come across to us.