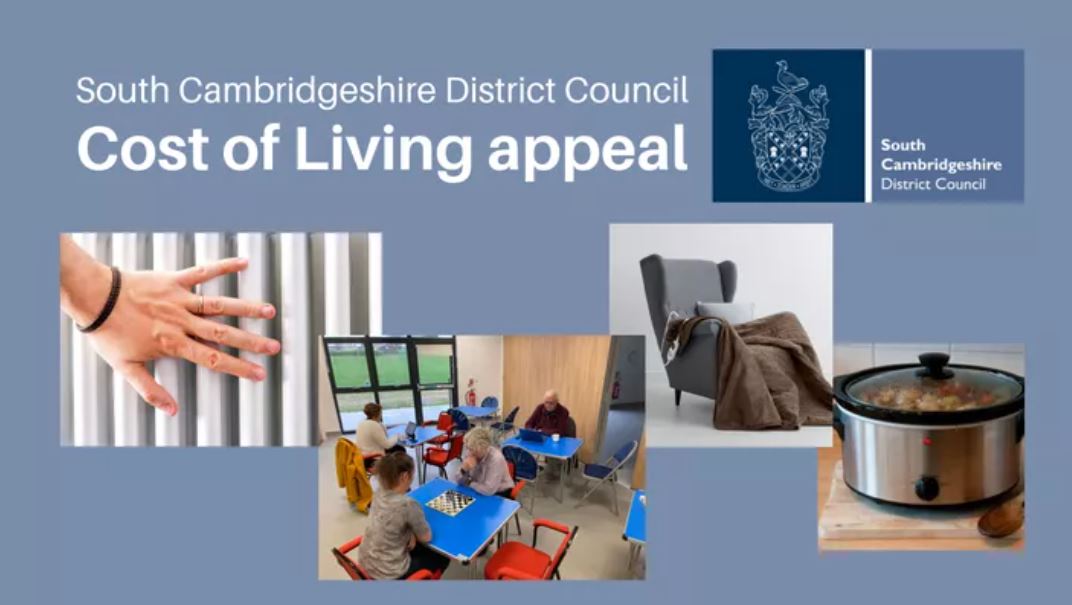 People are invited to donate to a new emergency Go Fund Me campaign which will help finance the response to the cost of living crisis in South Cambridgeshire.

The Go Fund Me page officially launched today (Tuesday 29 November) with money raised being added to Council support for people just about managing.

Cllr Bill Handley, Lead Cabinet member for communities, said: “We hope to target those who are only just managing, especially those in work who fall under the radar and don’t receive much support in the form of benefits, but are still struggling to make ends meet. We hope residents who are able, will get involved and play their part by donating to help those less fortunate. According to Martin Lewis, an electric blanket costs in the region of £1.50 a week to run if you were to use it for 7 hours a day. Using this as an alternative to central heating has the potential to make a huge impact on people’s bills. Additionally, slow cookers are a fraction of the price to run when compared to using an oven.”

The funding the Council has pledged could see around 400 people supported with free electric blankets and slow cookers but even more can be done if donations are received.

In the first stage of the scheme, the Council will write to people who receive a 75-85% Council Tax discount as they have identified as potentially in greatest need of support. This group may be expanded depending on the number of donations received.

The first group of people eligible will have three weeks to claim the support offered by completing an online form. A phone number will be provided for people without internet access to call and go through the form with a member of Council staff.

If more budget becomes available after three weeks due to donations, the scheme will be expanded to more people on lower brackets of council tax discounts.

Councillors have said that they recognise that most people in the district are feeling the effect of the cost of living crisis but believe any donations will go a long way to improving the lives of those struggling most this winter.

The Go Fund Me page is part of a wide range of support worth almost £400,000 being put in place by the Council to support residents. It was agreed at a Cabinet meeting on 14 November.